by albertjuan1
in Food and Drink
0 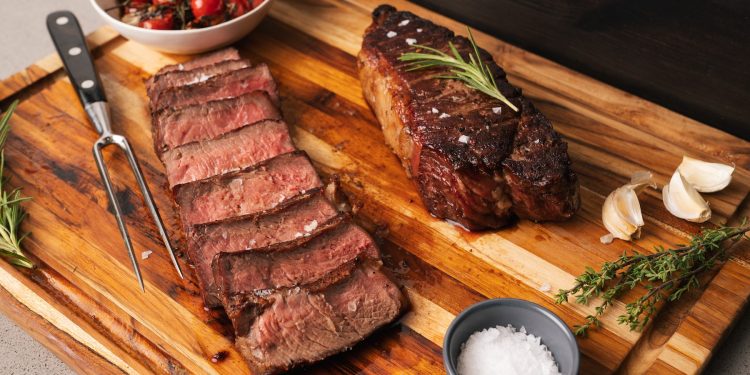 There’s just no better way to cook a thick cut steak than the reverse sear method. This recipe uses NY Strip steaks, but any steak thicker than 1.5″ (e.g. Ribeye) can be used to deliver a perfectly cooked, juicy steak from edge to edge with a delicious crust on the outside. The added smoked flavor will have this steak rivaling the best steak houses on the planet Reverse Seared NY Strip Steak.

Place on a rack over a baking sheet so that the air can circulate around both sides. Coat both sides of the steaks with Kosher salt and let sit on the counter for 1 hour (at least 40 minutes) before cooking. If you don’t have at least 40 minutes to spare before cooking, skip this step and season right before smoking. Ideally, place in refrigerator overnight uncovered for the best results.

Preheat smoker to 225°F. Most pellet grills don’t need it, but you can add a pan of water in the corner of the smoker to keep moisture inside.

Pat steaks dry to remove excess moisture. Season all sides of the steaks generously with seasoned salt and pepper.

Add steaks to smoker and smoke at 225°F until it hits an internal temperature of 125°F for medium rare, approximately 1-1.5 hours.

Once the steaks reach their desired temperature, place on a carving board and tent loosely with aluminum foil. While the steaks are resting, increase the heat of the grill to 450°F (set temperature to “High” if using a Traeger or any other pellet grill with a high heat setting) and place a cast iron skillet or griddle on the grill. Close the lid. Alternately, you can sear the steak in a piping hot pan on the stove top.

Once the grill reaches 450°F, add a tablespoon of oil to the pan and once sparkling add the steaks and sear for 2-3 minutes on each side to form a nice crust. This will bring the steaks up to your desired finish temp, 135°F for medium rare. See chart below for doneness temperatures.

This step is optional as the steaks have already rested before searing, but a little extra rest won’t hurt and could allow the juices to redistribute further into the steaks. Remove steaks from pan, place on a cutting board, tent loosely with aluminum foil, and rest for 10-20 minutes.

Slice your beautifully reverse seared steak against the grain and enjoy!

Why Should I Reverse Sear Steaks?

For thinner steaks, the traditional cooking method of high heat for a short amount of time works fine because it doesn’t take long to cook them to a perfectly done center. However, high heat used for searing causes the muscle fibers to contract, which means the steaks will lose moisture. This doesn’t impact thinner steaks as much, but for thick-cut steaks your best bet at retaining moisture is to slow down the process and sear in the moisture at the end.

The reverse sear method also helps prevent an unevenly cooked steak, as well as preventing the steaks from forming a gray edge around the pink interior that we’re so accustomed to seeing. The texture contrast will also be really nice, with a tender, juicy interior and a crispy browned crust on the exterior.

What Steaks Are Best for the Reverse-Searing Method?

Not all steaks are well-suited to this method. Because of the longer cooking time, thinner steaks will become dry and overcooked. Flank steaks and similar thin steaks should be avoided, but any steaks over 1.5 inches thick are ideal for the reverse searing method. Thick cut ribeyes, New York Strip Steaks, T-Bones, and even Filet Mignon are excellent steaks for the reverse searing method.

How Long Will It Take to Cook a Reverse-Seared Steak?

The base time is around 1 to 1.5 hours for a rare to medium-rare steak. For each level of doneness after medium-rare, start by adding 10 minutes to the cooking time, and use a probe thermometer to monitor the internal temperature.

Should I Rest the Steak Before Searing It?

Resting steaks is an essential part of cooking any meat because it allows the juices to redistribute throughout the meat. Similar to the salting process, the juices will seep out of the steak but will then reabsorb into the meat, so you want to allow that process to take place. The meat will become juicy and tender while resting and searing the steaks afterward will lock all those juices into the steaks.

The best part about the reverse sear method is that even though it takes a bit longer to cook, you don’t need to rest it again after searing. Take it out of the pan you’re ready to eat it!

Can I Sear the Steak In A Pan?

If for some reason you can’t use a grill to finish the sear, a cast iron pan can serve the purpose. Cast iron pans heat very consistently, and well-seasoned pans will allow the steaks to release easily so that the seared crust doesn’t get pulled away or damaged. To sear on a cast iron pan, heat the pan over high heat with a small bit of cooking oil – don’t put the steaks on the pan until it’s piping hot! Sear the steaks for around 2 minutes per per side.

Why Salt Steaks Before Cooking?

Salting steaks – or any meat, for that matter – is an important step in cooking that shouldn’t be skipped! Salt draws out the juices from the meat, and ideally, you should salt the meat for at least 40 minutes before cooking, but preferably overnight. Shorter than 40 minutes and the juices will start to seep out of the steaks, but around 40 minutes most of those juices will have reabsorbed into the meat. This will allow you to get a much nicer crust on your steak. 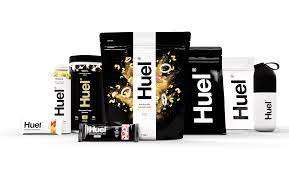 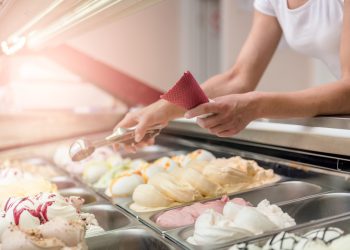 Man Vs Machine: The Benefits of Certified Translation Services

Which Online Quran Academy is Best for Kids learning Quran?

Tips to High Score in Asphalt 8 Airborne For PC

What to Keep in Mind While Choosing Wall Panels Online?