Best anime films of all time

Directed by renowned filmmaker, Hayao Miyazaki, Spirited Away is about a girl named Chihiro (Rumi Hiiragi/Daveigh Chase) on a journey to rescue her parents who have been turned into pigs. Her family had mistakenly wandered into the spirit world, and it’s up for Chihiro to get them all out.

Despite being only 10 years old, Chihiro is a strong and well rounded protagonist. She does whatever it takes to save her parents, including working at a bathhouse run by a witch named Yubaba (Mari Natsuk, Suzanne Pleshette).

This is a beautifully animated film that not only won many awards, but won for Best Animated Feature at the 75th Academy. Funny enough, I actually didn’t like the film when I first saw it — I was eight and dumb. But years later, I gave the film another watch and it became one of my favorite films. Maybe I didn’t like it at first because it was just so strange and different compared to other films I’ve seen. It was the first foreign film I watched and it got me interested in Japanese animation.

I also want to mention that the film has a great soundtrack. The soundtrack was composed by Joe Hisaishi, who composed music for other Miyazaki films. With the great music combined with great animation and story, this film is breathtaking and I think it’s something that everyone should watch. It’s widely regarded as one of the best anime films of all time.

Incluvie Score of 5 stars and Movie Review of 5 stars
Princess Mononoke (1997)
Image from Japanese Anime “Princess Mononoke” of a character riding a white wolf
Also directed by Miyazaki (but much more violent), Princess Mononoke is about a prince named Ashitaka (Yōji Matsuda, Billy Crudup) who has to find a cure after getting poisoned by a demonic boar. On his search, he finds himself tangled in the conflict between a mining colony and the wolf gods who rule a forest.

The titular character, San (Yuriko Ishida, Claire Danes) was raised by the wolves, and has a deep hatred for humans until she meets Ashitaka. The two share a great bond, but there’s no time for romance as a war is brewing. Since she was raised by wolf gods, San is a pretty strong female protagonist. Another strong female is Lady Eboshi (Yuko Tanaka, Minnie Driver) who runs the mining colony, and serves as the antagonist to San and the forest spirits.

As mentioned before, this is a fairly violent film. A more violent Pocahontas, if you will. But I don’t think comparing it to Pocahontas gives it justice whatsoever. Princess Mononoke has a much stronger story and better characters, and again, no focus on romance because a war is about to happen and that isn’t important.

The film carries a strong message about protecting the environment, which is yes, a cliché message, but it works well here. It also helps that the film has an immersive story and that there’s no true villain, just characters with a lot of flaws. Another best anime film of all time, a classic Miyazaki.

Incluvie Score of 5 stars and Movie Review of 4 stars
Your Name (2016)
Image from Japanese Anime “Your Name” of two characters looking at each other on the stairs
Your Name was directed by Makoto Shinkai and is currently the highest grossing anime film of all time. Amazingly, the film wasn’t even nominated at the Oscars in 2017. Which is a shame, since this is a great film and the Academy should pay more attention to other animated films beside Disney and Pixar. No disrespect to Disney or Pixar, but give other films a chance, y’know? Yes, they gave the award to Spirited Away, but that was back in 2003.

Your Name is about high schoolers, Taki (Ryūnosuke Kamiki, Michael Sinterniklaas) and Mitsuha (Mone Kamishiraishi, Stephanie Sheh). Taki lives in Tokyo, while Mitsuha lives in a rural town. One day, they end up switching bodies and go through each other’s lives. While that’s going on, a strange comet is about to orbit the Earth.

It’s somewhat like Freaky Friday, but there’s more to it. There’s romance, drama, sci-fi, comedy, etc all wrapped in a charming story that will keep you engaged through out. The characters are likable, and it’s fun to see how different their lives are, and how they’re able to adapt whenever they’re switched.

Even though it didn’t get nominated at the Academy, it still won tons of awards such as Best Animated Film at the 2016 Los Angeles Film Critics Association Awards.

Incluvie Score of 4 stars and Movie Review of 4 stars
Akira (1988)
Image from Japanese Anime “Akira” of a character riding a motorcycle
A landmark in Japanese anime, Akira was directed by Katsuhiro Otomo who also created the Akira manga series (Japanese graphic novel). The story’s set in a dystopian 2019 where a teen named Tetsuo Shima (Nozomu Sasaki, Jan Rabson) gains telekinetic powers after a motorcycle accident. His friend, Shōtarō Kaneda (Mitsuo Iwata, Cam Clarke) searches for a way to help Tetsuo before he loses control of his powers.

As mentioned before, this film’s a landmark due to its groundbreaking animation and storytelling. It’s widely regarded as one of the greatest animated movies ever, and had increased the popularity of Japanese animation outside of Japan.

Even though this film is such a phenomenon, I do have something to nitpick on. There are a few female characters in the film, and one of them, Kaori (Yuriko Fuchizaki, Barbara Goodson) is treated terribly. She’s an innocent girl, but gets wrapped up in bad situations and it can get uncomfortable.

What I did like though was the animation. It was definitely ahead of its time and had a distinct look. Although, I admit that some of the character’s faces can look rather jarring at times, but you get used to it.

Incluvie Score of 3 stars and Movie Review of 4 stars
Ghost in the Shell (1995)
Image from Japanese Anime “Ghost in the Shell” of a character looking at their reflection in a window with their hand on the glass
Also a great influence in the animation genre, as well as a great inspiration to movies such as The Matrix, Ghost in the Shell was directed by Mamoru Oshii. The story takes place in the year 2029 where the human body can be replaced by cybernetic parts.

Motoko Kusanagi (Atsuko Tanaka, Mimi Woods) is part of Section 9, a team of cybernetically enhanced cops who have to investigate a mysterious hacker called The Puppetmaster. The Puppetmaster is able to hack into the brains of cyborgs, and with a majority of the population having these cybernetic parts, they’re all at risked of being infiltrated.

Motoko is unlike a lot of female protagonists. As a cyborg, she’s much more stoic and rarely shows emotions. This would make it hard to relate or care for her due to this, but what’s interesting about her is her appearance. While she’s clearly female, her face appears androgynous which makes sense as sexuality and gender identity are a couple of the themes that come into play. Since she’s not exactly human, Motoko questions her identity and strives to find the answers. 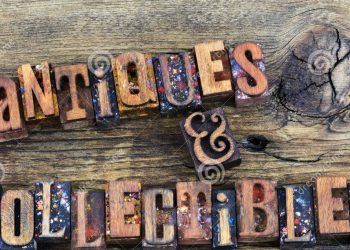 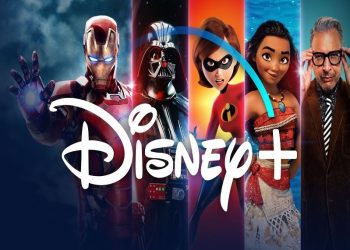 How do I log and Begin into Disney plus 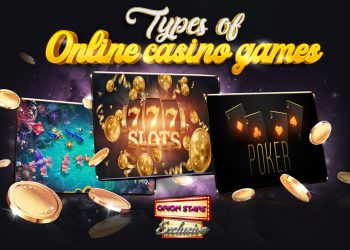 How to Export MSG from Outlook to Another File Format

How To Recover Accidentally Deleted Bookmarks In Chrome & Firefox?

Why & How is Primary Research Important for Understanding a Market?

What are automated gates and what are they used for 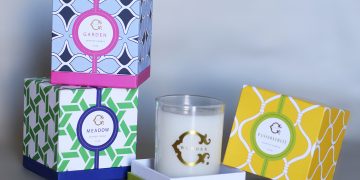 Printed or custom-printed Candle Boxes have their own benefits. These packaging options are versatile and can be...

How To Start a Pet Grooming Business